The sensational news which took the football world by a storm is the Arsene Wenger’s decision to leave Arsenal. Many messages are pouring in from all over the world speaking about gratitude, sadness, and the usual sympathies and empathies collection but out of these numerous messages one message stands out which is a message from former Arsenal midfielder and Frenchman Abou Diaby. Diaby’s heart touching message to Arsene Wenger proves us once again that the beauty of football is way above that of any other. 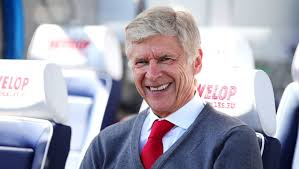 Abou Diaby’s career at Arsenal was a short one, limited to just 180 appearances, his uneventful series of injuries denied him from filling the shoe he was issued at Arsenal. Arsene Wenger signed Abou Diaby from French Ligue 1 side Auxerre in 2006 when Diaby was considered as the young sensation. Due to hard luck, Diaby couldn’t become what he was promised even when the supporters named him the successor of one of the all-time legendary football player Patrick Vieira. With his huge frame, the precision touch of the ball and high agility which made him a sharp and dangerous box-to-box midfielder, he ticked all the boxes to become the next best midfielder of the world. After arriving at Arsenal for a cheap 2.5 million dollars, he was slowly on his way to becoming an Arsenal legend and the best thing to have happened to Arsenal after the ‘invincibles’. Arsene Wenger saw Abou Diaby as a player that could bring a UCL trophy to Emirates and all was looking like it until the terrible injury happened 6 months into Diaby’s Arsenal career and all was never the same.

Abou Diaby posted his message in his twitter account thanking Arsene Wenger for being a shining light on his darkest days. Even though Diaby wasn’t the best player Arsene Wenger coached, he was certainly one of the favorite ones.