Due to worsening injury problems, Abou Diaby has said he would consider the option of quitting the football career. 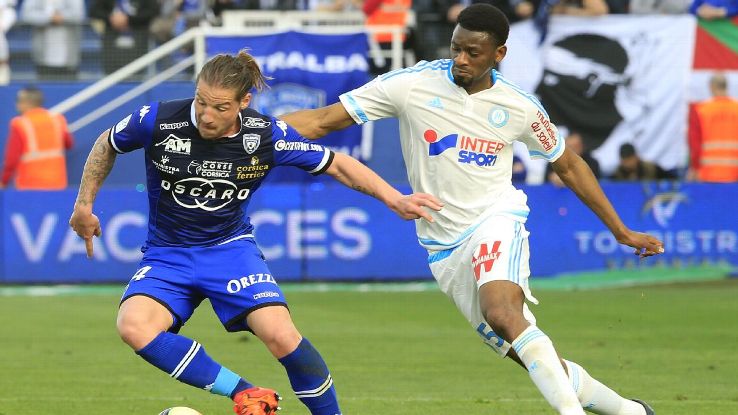 Diaby, who has formerly featured for the Gunners as a midfielder, went on to Marseille in an attempt to recover form. However, this did not work out as planned as he was beset by no less than 42 injuries from 2006 to 2015.

The 30-year old midfielder has battled fragile fitness throughout his career. He was only able play twice in this season for Marseille with just nine competitive outings over the last four seasons.

Diaby was equally absent in Marseille’s game against Nice where they were defeated. However, Coach Franck Passi was of the opinion that Diaby was “not injured at all” but could feature in matches occasionally if he “again [became] a solid player for Ligue 1.”

The midfielder said these thoughts began running through his mind in March 2013 after he came off with a very serious cruciate ligament injury while training with Arsenal.

“Those ideas have already gone through my mind. When you don’t see light at the end of the tunnel, it’s difficult and sometimes you ask yourself questions,” he told Canal Football Club.

“I have learned to be patient, to persevere, to take a step back a look at things, because I must say it hasn’t been easy. To have to fight like that again and again was terrible, but it taught me to pick myself up, look at things from a distance and, despite the difficulty, go forward,” he added.

Mikel has been unable to feature for Chelsea this season and has been alleged to have fallen out of favour with the Chelsea boss man, Antonio Conte. Marseille, however, sees him as a quality replacement for Diaby.